The Defence Force in those days didn’t worry about the families left behind. Not even a Padre would call to see how you were coping let alone anyone else.

When the ‘Caribou’ first landed, our son Steve was only about 12 months old he had his little blue flying suit on. We went out to the tarmac and he was lifted into the plane by his Dad, I also went into the plane. After all it was exciting, this new plane arriving. Going down to the cockpit and looking around I found this thing between the pilots seats, it looked like a funnel. I held it up and asked why they had a funnel in the aircraft. I was informed it was called a pissaphone, (used for men to go to the toilet) well you can imagine my reaction! I dropped the thing so fast but not before I was completely embarrassed and the guys had a good laugh.

After the men had had training on the new aircraft the ‘Caribou’, they were notified that they were of to Vietnam. It was August 1964. The guys were snuck out in civilian clothes, flown by Qantas via Singapore. They changed their clothes from civvies into their Air Force uniforms and flew to Vietnam.

Two days after my husband left I has a miscarriage, sad thing was, I didn’t even know I was pregnant so neither did my husband. There was no interaction from Australia to Vietnam, no internet in those days or any phones. Not having family near me, made it harder. So I was carted off to hospital. Thank goodness for my neighbours who kindly looked after my son Steve for what supposedly was only overnight, but ended up several nights. My neighbours Jim and Norma Duncan had no children of their own.

Steve ended up been loved and cared for by them as I decided to get a job at the St John of God hospital at Kurrajong. My neighbours looked after Steve or I should say Norma did. This was perhaps my first taste of Welfare. I got to spend time with people who were there in the St John of God because they had medical problems. I loved going to work every day. In those days Richmond was classed as country and it took ages to get there from Sydney. I rarely got to see my family. Working helped me cope with the loneliness I guess.

I do remember just before my husband left for Vietnam, he was teaching me how to drive. Well that’s didn’t go very well, as I am sure a lot of you know it always ended up in trouble. I can remember stopping the car on some long road, may have been Terrance Road going out towards Freemans Reach or someplace, anyway I stopped the car and wouldn’t get back in and I walked all the way home. Looking back, I guess it was pretty silly. It was a long walk…

I did get my license just after a couple of days after my husband left.

Every day you would wait for the post man to come, my face would stop with disappointment when no letter was in the mail box. Sometimes it was weeks and weeks between letters.Then maybe two or three would come at the same time What a joy, just to know that he was safe.

Letters were screened in those days and we certainly didn’t have Emails, phone etc. Today it is a whole different ball game for those that are at war. They can phone, Skype, Email and interact with their families.

When the Vietnam Veteran came home, he was abused verbally and had things thrown at him. He was shunned by a lot of R.S.L Clubs. It was twenty years later that they actually held a “Welcome Home March”!!!!! And today it is mainly the Vietnam Veteran who are running the R.S.L.

Thinking back I was just a kid really. It wasn’t until I was older, wiser and had seen life that I realised that war changes a person. And I look at it and think, well how can a person go to war and go through all the terrible things they see, hear, do and not be affected. Many children did not get to know and bond with their Dad before they left for Vietnam. Then all of a sudden this person is back in their life and he has changed. He has an edginess and hardness about him that wasn’t there before. I think a lot of kids had a hard time adjusting to their fathers return.

At the end of the day war affects not just the soldier but the families as well.

Now we are in another war and the price we pay for this one is going to be huge, because a lot of it will be the mental side more than the body (where you can see the actual damage done). The men coming home have had a horrendous time.

I have had a husband and two sons serve in war zones, I have seen and lived with the damage war can do to a man and to his loved ones.

Wives and mothers share the pain of their loved ones and are very proud of their men.

Currumbin RSL welcomes YOU to share your story or a family members story as part of our Australia Remembers campaign. Comment below in the comments section, email footage and images to Stacey at mktassist@currumbinrsl.com.au or drop them in at our reception desk and we will return them back to you safely.

To view true stories by our heros or upload your own, visit our BLOG page, visit our Pintrest Page,our Google Communities Page, our You Tube Page,. or Follow them via Twitter. When uploading a story, please use the hashtag #AustraliaRemembers. 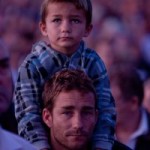